What every woman should know about her fertility - HealthSherpa Blog 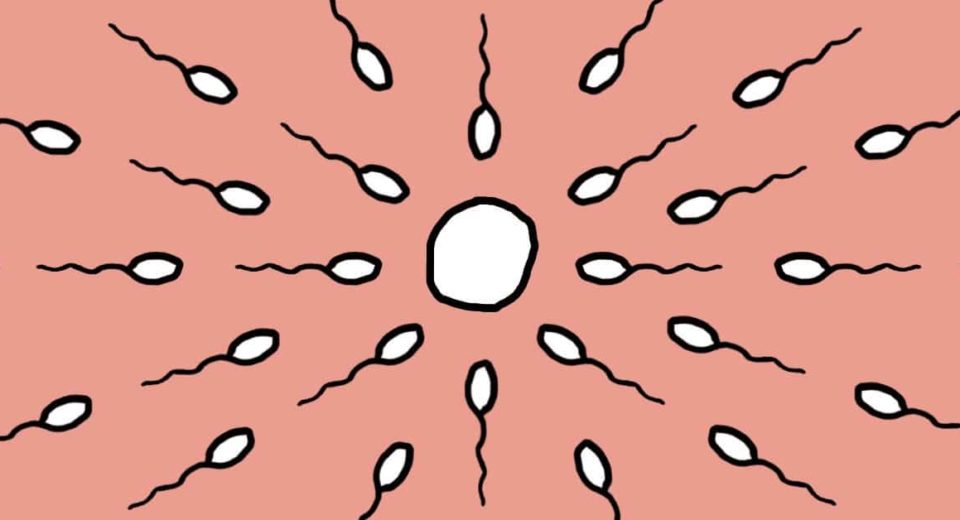 What every woman should know about her fertility

While sex ed classes cover the dos and don’ts of not getting pregnant, most women don’t get an extensive education on the flip side of fertility. Whether you know you want kids as soon as possible or you can’t escape your parents’ constant questions about grandchildren — or you decided not to have children altogether — here are the things that every woman should know about her fertility.
Think you know a lot about women’s fertility? Get our women’s fertility trivia game and test your knowledge!

Despite the common misconception, you can only get pregnant a few days out of the month. The so-called “pregnancy window” is only for six days each menstrual cycle. Which six days? The first 24 hours after ovulation, because that’s the lifespan of a released egg, and the five days before that, because that’s the longest that sperm can survive in a woman’s body.
Your ovulation generally occurs approximately 14 days before your period. So work backward to determine when your pregnancy window should be. There’s variability though, so another option is to use one of the various ovulation predictor and basal body temperature measurement tools out on the market to help you track ovulation.

Age, birth control, and other factors that can impact fertility

Your fertility is based in part on your genetics, but there are plenty of other factors that can affect it as well.
One of those is age. Many women who are 35 or older probably have had someone tell them to not forget about their biological clock. Given that more and more women are having children later in life, the notion of a biological clock may seem as outdated as terms such as “geriatric pregnancy” and “advanced maternal age”. But there are real risks to being an older mother. These risks include an increased chance of the baby having a chromosomal abnormality, which can cause disorders such as Down syndrome, as well as increased risk of high blood pressure and gestational diabetes for the mother. Older mothers also have an increased risk of suffering a miscarriage.
Health conditions can also negatively impact your fertility, severely in some cases. Two of the most common female reproductive system disorders that can lead to infertility are polycystic ovarian syndrome (PCOS) and endometriosis. Approximately 10% of American women of childbearing age are affected by PCOS, while the rate for endometriosis is even higher at 11%.
Another category of health conditions that can negatively impact your fertility is those that result from sexually transmitted infections (STIs) such as chlamydia and gonorrhea. One prominent example is pelvic inflammatory disease (PID). Left untreated, chlamydia will cause 10-15% of women to develop PID, which can increase the risk of an ectopic pregnancy or make it impossible to get pregnant. Similarly, untreated STIs in men can also damage the male reproductive tract and make semen transfer much less effective or even impossible. As such, medical professionals urge safe sex practices and regular testing, as the most common symptom of STIs is not having any symptoms at all.
There are also a number of lifestyle choices that can impact fertility. Doctors advise women who may want to conceive to do the following:

Birth control is another oft-discussed factor when it comes to fertility. However, unlike the other factors discussed above, studies show that birth control shouldn’t impact your fertility at all. With contraceptives like the pill and IUDs, you can try to conceive immediately since the hormones will be out of your system as soon as you stop taking the pill or remove the IUD. The pill has also been shown to help fertility by delaying conditions such as endometriosis and by decreasing the risk of ovarian cancer.

How long does it take to get pregnant?

Everyone has heard stories of women getting pregnant the first time they have sex, but there’s no real rule as to how long it takes to get pregnant. Studies have shown that approximately 80% of couples actively trying to conceive are able to in approximately six months, and 85% are successful after one year.
Experts recommend visiting the doctor if you’re unsuccessful after a year of trying. If you’re 35 or older, make a visit after six months. And don’t forget that men can be infertile and shouldn’t neglect visiting a doctor. According to the National Institutes of Health, approximately 11% of women of reproductive age in the U.S. have experienced fertility issues. The corresponding statistic for men is approximately 9%.

What you need to know about your egg reserve

How fertile you are and how quickly you get pregnant is also impacted by your eggs. Women are born with approximately two million eggs, and this reserve declines throughout life and with each menstrual cycle. But what’s often more important for successful conception is the quality of the eggs. Various factors such as age and lifestyle choices can damage the eggs, and the lower the quality, the harder it will be for you to get pregnant and stay pregnant. Genetics can also play a part.
If you’re curious about the health of your ovarian reserve, there are various tests that can help you understand your fertility. One test is for your anti-Mullerian hormone (AMH) levels and assesses the size of your ovarian reserve. Another checks if you have a low number of good-quality eggs, a condition known as Premature Ovarian Aging (POA). Fertility specialists and OB-GYNs can conduct these tests, though their accuracy and reliability are still up in the air.

Other options for having children

If you are having trouble conceiving naturally, you may want to explore infertility treatments. 12% of couples in the U.S. have used infertility services, according to the Center for Disease Control and Prevention (CDC). Treatments include reproductive surgeries, ovulation stimulation drugs, and in vitro fertilization (IVF). But remember that while treatments such as IVF can be effective ways to improve your chances of having a baby, there’s no guarantee. Things like the quality of your eggs can impact the likelihood of a successful infertility treatment.
You can also explore having a surrogate carry your baby to term. Gestational surrogacy is the more common type of surrogacy in the United States. This is when the embryo is implanted into the surrogate. In this case, the child is not biologically related to the surrogate mother. In traditional surrogacy, the surrogate mother is artificially inseminated with the father’s sperm and is thus the baby’s biological mother. The CDC found that more than 18,000 babies were born via gestational surrogates between 1999 and 2013; more than half of these births were multiple births.
Adoption is another option for having children, even if you are fertile and able to conceive. In the U.S., more than 100,000 children are awaiting adoption while in foster care. Globally, there are millions of children looking for a forever family. If you choose to adopt to grow your family, know that just like having a baby, adopting a child is treated as a Qualifying Life Event, which means you can change your health insurance plan to include your new addition.

The average age of U.S. women when they reach menopause is 51, but when you hit menopause may largely be genetic, doctors say. Pregnancy is technically no longer a factor once you’ve hit menopause. But menopause is often misdefined, which can lead to unexpected pregnancies in perimenopausal women.
Menopause is defined as the point in time when you’ve not had a menstrual cycle for 12 consecutive months. Until you’ve hit that one-year mark without periods, you’re technically in perimenopause, and during this time, there is still a chance that you can get pregnant. After menopause, it is technically still possible to get pregnant with the help of IVF and donor eggs. The costs of infertility treatments and the risks of being an older mother still stand though.

Fertility coverage and the ACA