10 things you should know about STIs - HealthSherpa Blog

10 things you should know about STIs

1. STIs can happen to anyone

People of all backgrounds, regardless of gender, age, sexual orientation, race, economic class, religion, or relationship status, can get STIs. In fact, half of all sexually active people will contract an STI by the time they’re 25, according to the American Sexual Health Association.

2. You can get an STI from any type of sex

3. Condoms are not effective against all STIs

The only absolute way to protect yourself from STIs is to abstain from sex. If you do have sex, condoms are a good prevention method against STIs as well as unwanted pregnancies. But since some STIs can also spread via skin-to-skin contact, condoms are not effective against all STIs.

4. Your STI may not have any symptoms

Many people don’t show any symptoms when they have an STI. In fact, the most common symptom of STIs is having no symptom at all. Symptoms can also take days or months to show up, and others will disappear before recurring. If they are present, possible symptoms of STIs include bumps, sores, or warts; severe itching; and swelling or redness around the genitals, though exact symptoms differ depending on the specific STI.

5. You can get or transmit an STI even if there are no symptoms

It’s also possible to transmit an STI to a sexual partner even if you’re not showing symptoms (and the other way around!). That’s why it’s important for both you and your partner(s) to get tested regularly. Most ACA health insurance plans include STI testing and counseling as preventive care, but you can also find a testing center near you via the Center for Disease Control and Prevention (CDC).

6. The only absolute way to know if you have an STI is to get tested

Since many people don’t have any symptoms with STIs, the only way to tell for certain if you have an STI is to get tested. Tests are available for all STIs except for HPV in men.

Many STIs are curable while others are treatable. Curable STIs include gonorrhea, syphilis, and chlamydia. Some, such as genital herpes and HIV/AIDs, can be treated and controlled but not cured.

8. But STIs can lead to serious health conditions if left untreated

STIs aren’t just a pain. If you don’t get proper professional treatment, they can lead to serious health issues including cancer, infertility, and even death.
Women who are pregnant or trying to get pregnant should also know that some STIs can be transmitted to a baby during pregnancy or birth.

9. There are vaccines for some STIs

Currently, there are safe and highly effective vaccines available for hepatitis B and HPV (human papillomavirus), while vaccines for others are in varying stages of development. You can prevent your chances of getting hepatitis B and HPV* by getting immunized. Both are covered under Affordable Care Act health insurance plans that you can enroll in via HealthSherpa.
*The CDC currently recommends the HPV vaccine for teen girls and women through age 26 and teen boys and men through age 21.

10. You can get an STI more than once

You can get STIs such as chlamydia, gonorrhea, and syphilis more than once, even if you were successfully treated for them before. Having an STI also increases your chance of contracting HIV.

STIs can be prevented, detected, and treated. Learn more about the preventive care services included in all Affordable Care Act health insurance plans. And don’t be afraid to talk to your healthcare professional to learn more about STIs and to get yourself tested. 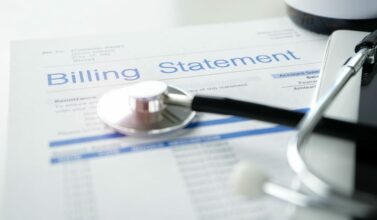 Everything You Need to Know...

A Health Savings Account (HSA) is a special kind of savings account for those who have a...

Once a year, all eligible Americans get a chance to shop the Health Insurance Marketplace...