Is health insurance mandatory in the United States? - HealthSherpa Blog 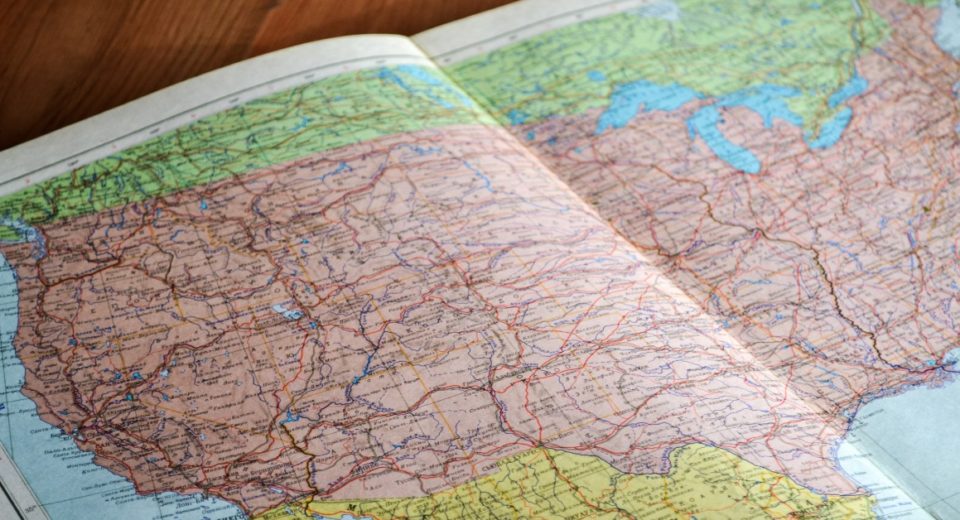 Is health insurance mandatory in the United States?

When President Obama signed the Affordable Care Act into law in 2010, one key component of the landmark healthcare law was the “individual mandate.” The individual mandate required almost all Americans to have health insurance coverage. If you didn’t get covered? Well, then you paid a penalty fee.

Republican lawmakers took issue with the individual mandate from the beginning, though. After a legal challenge was brought against that component of Obamacare, the Supreme Court ruled that the mandate was constitutional in 2012. However, in December 2017, the GOP-led Congress passed the Tax Cuts and Jobs Act, which was signed into law by President Trump. This eliminated the individual mandate’s penalty fees throughout most of the United States. Per the new law, the individual mandate as we knew it was no longer in effect as of January 1, 2019.

Grab our free guide to whether health insurance is mandatory—you can save it and refer back to it later.

Although health insurance is not mandatory in the United States, it can be very affordably—94% of people on HealthSherpa qualify for subsidies, and the average person paid $47/month for comprehensive Marketplace health insurance. Enter your zip code below to see plans and prices, or call us at (872) 228-2549.


What was the purpose of the individual mandate?

The idea behind the individual mandate was to protect against what’s known as “adverse selection” in the United States insurance market. That means without a mandate, a high percentage of the people who enroll in health insurance plans know they are going to utilize a lot of healthcare services. For example, the elderly and people with existing health conditions.

Combined with the cost-savings and tax credits built-in to the ACA, the individual mandate changed the healthcare system by allowing more people to be insured at a smaller expense. And with everyone insured, American taxpayers weren’t footing as many medical bills belonging to those who were uninsured and could not pay for their care.

Who does the individual mandate apply to and who is exempt?

Almost all U.S. citizens who did not have health insurance between 2010 and 2018 may still owe a penalty fee next year or in the future based on the individual mandate. This fee comes in the form of an extra tax you must pay for the time you didn’t have coverage. People who qualify for a health coverage exemption for past years includes anyone who:

You can also visit HealthCare.gov to learn more about exemptions from the individual mandate and how to apply for an exemption if you qualify.

Is there a penalty for not having health insurance?

Currently, there is no federal penalty fee associated with not having health insurance This means if you are uninsured, you will not be paying a penalty fee when you pay taxes.

However, some states have implemented their own individual mandates, so there are penalties for not having health insurance in California, the District of Columbia, Massachusetts, New Jersey, Rhode Island, and Vermont. If you live in one of those states, check with your state to see what the penalty is.

Penalty fees still apply for years in which the ACA was law and if you were uninsured and without an approved exemption. If you do not belong to one of the exempt groups, do not qualify for a hardship exemption, and do not have health insurance, you can still be fined via a tax penalty tied to your tax returns for those years. This is also known as the “individual shared responsibility payment,” and the amount differs by year. If you did have health insurance for part of the year for 2018 or earlier, you don’t have to pay the penalty for the months you were insured. For the purpose of the individual mandate penalty, according to the federal government, even having coverage for one day of the month counts as being covered for that month.

Was health insurance mandatory for the entire year?

For all years after the ACA went into effect until Jan. 1, 2019, health insurance was mandatory for the entire year. You’ll only pay a penalty, though, for any months of the year before 2019 that you were uninsured. So, if you did have coverage for some of the year, the penalty fee will only apply to the non-covered months. Technically, you don’t have to have health insurance all 365 days a year to avoid the tax penalty. If you have coverage for even just one day of a month, the IRS considers this as having minimum essential coverage for the entire month.

In addition, you could also qualify for a “short coverage gap” exemption. You will qualify for this exemption if your lack of health insurance coverage was for a period of less than three months. However, this coverage only applies to the first gap each year, so if you lack health insurance more than once during a calendar year, the exemption will only cover the first gap. For example, if you do not have insurance in May and then again in September, you will only be exempt for May and have to pay the penalty for your second gap.

How much will I owe if I didn’t have health insurance?

Up through December 31, 2018, let’s say you could afford health insurance by chose not to buy it. If that’s the case, you may pay a penalty fee on your federal taxes. This might come up in three different scenarios:

Starting with the 2019 plan year, the Shared Responsibility Payment (aka, penalty fee) no longer applies. This is important to note when you file your taxes. However, this does not apply to the states that have their own individual health insurance mandate.

It’s best to check with your state to find out whether you might be subject to any penalty fees. Another option can be to check with your accountant. California, the District of Columbia, Massachusetts, New Jersey, Rhode Island, and Vermont have their own individual mandates.

For 2018 and earlier, you can calculate the the amount you’ll pay in penalty fees two different ways.

You can use the IRS’ penalty fee estimator to figure out how much you might owe from uncovered periods in 2018 and earlier.

Do I need to show proof of health insurance for my taxes?

You’ll need to show documentation that you had health insurance in 2018 to avoid paying a penalty. Depending on how you get your insurance, this documentation will be one of the following: Form 1095-A (Health Insurance Marketplace Statement), Form 1095-B (Health Coverage), or Form 1095-C (Employer-Provided Health Insurance Offer and Coverage). Past 2018, you no longer need to show proof of health insurance on your taxes.

However, if you received a federal tax credit, you will need to file your tax returns with the right documentation. Form 1095-A is provided to anyone with Marketplace coverage. Your insurance company will issue Form 1095-B, listing everyone who was covered and when during a calendar year. You can also submit this form as part of your documentation when preparing your taxes. Form 1095-C is provided to employees by employers who provide health insurance benefits, when an employee opts into those benefits.

If you want to be extra careful you can keep documentation that shows you had coverage for 2018 and earlier. This can include insurance cards, explanation of benefits (EOB), or statements from your insurer. This may also be a W-2 or payroll statements reflecting health insurance deductions.

Grab our free guide to see what you need to know about Marketplace insurance (aka Obamacare) and your taxes.

As of Jan. 1, 2019, there is no penalty for not having health insurance. You won’t need to qualify for an exemption to not pay a penalty when you pay your federal taxes.

However, some states still require you to be enrolled in health insurance coverage. California, the District of Columbia, Massachusetts, New Jersey, Rhode Island, and Vermont have their own individual mandates. If you decide not to enroll in coverage in one of these states, you may owe a penalty fee when you file your taxes for the 2019 plan year.

What if I don’t enroll in health insurance at all?

As of 2019, there’s no more individual mandate. This means you don’t have to enroll in health insurance to avoid paying a penalty fee, in most states.

If you’re 30 or older and want to enroll in a “Catastrophic” plan, you must claim a hardship exemption to qualify. Catastrophic health plans offer more affordable coverage. And they can protect you from high medical costs if you’re seriously hurt or injured. If you’re under 30, you can enroll in a Catastrophic plan without any kind of exemption, though. For people over 30, you’ll need to qualify for a hardship or affordability exemption. Some examples of hardship exemptions are homelessness, domestic violence, the death of a family, or experiencing a fire or other natural disaster. Once granted an exemption, you can see every Catastrophic plan available based on where you live on the Marketplace.

What if I want to enroll in health insurance outside of Open Enrollment?

If you missed the Open Enrollment Period for the year but want to enroll in health insurance, there are generally two options available to you.

Second, depending on your income level, you might be able to qualify for Medicaid. Medicaid is the federal insurance program that provides health insurance, and thus medical care, to low-income Americans. Another critical part of Obamacare was that it allowed states the option of expanding their Medicaid programs. They did this by upping the percentage of the federal poverty level a person must earn annually to qualify. If your income level lets you qualify for Medicaid, you can enroll outside of the Open Enrollment Period. And if you qualify, your coverage will start immediately and so will your access to health services.

Looking to enroll in coverage? We’ll show you if you qualify for Medicaid or subsidies on a Marketplace plan. Enter your zip code below to get a quote: